Let us help you build a good and
solid reputation
for your cleaning
business.

When your lead generation campaign feels like a hunt for pests, you know there might be some urges you need to bring under control. As you are well aware, hunting for mice and other vermin can make you feel like a predator. And while your hunting skills can have effective applications to lead generation, there is a point where you have to keep yourself from going totally wild.

When To Hold Down Your Lead Generation Campaign 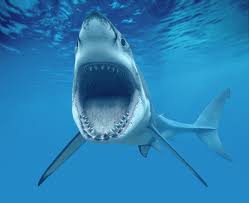 First, what are the advantages to applying a hunter’s style to your lead generation campaign? Well you have:

Related Content: Using Lead Generation To Stay In The Game

Now despite that though, predators carry with them several risks that come with such traits. These risks outline the limits your lead generation campaign must adhere to because the consequences could not only prove bad for you but for the whole market environment:

So there you have it. There is a time for your lead generation strategy to go hunter but there is also a time when that hunter has to make the most of what has gained to go without hunting for janitorial sales leads.

Choose LEADS JANITORIAL as your B2B marketing partner and get the best commercial cleaning lead generation and appointment setting results delivered to you by the industry’s most trusted sales and marketing company. With years of experience and extensive research in the commercial cleaning industry, LEADS JANITORIAL is here to help you tap into the vast opportunities that your target market or sector has to offer.